1. The Importance of Being Ernest, by Oscar Wilde
2. Idylls of the King, by Alfred Lord Tennyson
3. The Legend of Sleepy Hollow, by Washington Irving
4. Lord of the Flies, by William Golding
5. Leaves of Grass, by Walt Whitman
6. The Last of the Mohicans, by James Fenimore Cooper
7. The Lord of the Rings, by J.R.R. Tolkien
8. The Mayor of Casterbridge, by Thomas Hardy
9. The Name of the Rose, by Umberto Eco
10. Planet of the Apes, by Pierre Boulle 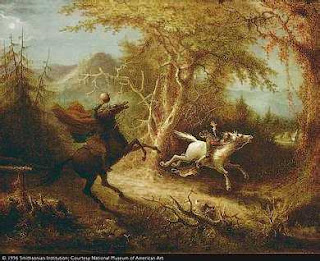 Use the following anecdotes to identify each author below.

1. When this Russian writer's first novel was well received in 1846, he joined a revolutionary group that was infiltrated by the authorities. Together with several associates, he was tried and sentenced to be shot. The execution was a cruel hoax and, at the very last minute, the sentence was commuted to years of hard labour in Siberia. Ten years later he returned to St. Petersburg as a conservative and became one of the greatest of all Russian authors.
2. When this Irish playwright was stopped by U.S. customs in New York, he proclaimed, "I have nothing to declare except my genius."
3. The poet Lord Byron challenged a group of his friends to create their own ghost stories. From that challenge came The Modern Prometheus (more famously known by a different name), written by this twenty-one-year-old wife of another romantic poet.
4. The science-fiction stories of this French author were called "dreams come true". So prophetic was his description of a periscope in one of his books that a few years later the actual inventor of the instrument was refused permission for an original patent.